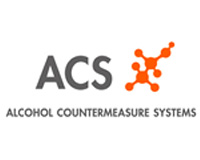 Alcohol Countermeasure Systems Corp. (ACS) is a leading manufacturer of breath alcohol testing instruments and supplier of alcohol interlock technology/services with a well-earned reputation for the highest quality hardware, custom software applications and service delivery standards in the industry. ACS’ experience with alcohol interlocks stretches back more than 30 years, and its interlock products are used to inhibit drinking and driving in 19 countries on five continents. ACS is headquartered in Canada, where its interlock division (known as Guardian Interlock Systems) is the designated service provider for offender interlock programs in all ten Provinces as well as the Yukon Territory.

Alcohol interlocks combine sophisticated breath alcohol testing and microcomputer technology. The device is installed in a vehicle in a way that prevents it from being started until the intended driver passes a breath test to demonstrate that his blood alcohol content (BAC) is below an acceptable level.

The technology and service programs developed by ACS have become one of the most effective traffic safety initiatives in this country. Numerous studies over the last 20 years have proven that alcohol interlocks effectively separate drinking and driving–making responsible decisions for people who can’t or won’t make them on their own. In Canada approximately 11,000 alcohol interlocks are installed in offender’s vehicles, and last year alone these devices prevented a vehicle from being started by a drinking driver more than 193,000 times.

MADD Canada is proud of our long-term partnership with Alcohol Countermeasure Systems and their commitment as Gold Technology Sponsor and Presenting Sponsor of MADD Canada’s National Strides for Change.

Back to all profiles