MADD Canada has restructured our bursary program to have more meaningful impact on students’ lives.  Beginning in 2016, one(1) bursary of $8,000 will be awarded to the applicant with the highest score in honour of Louise Joanne Twerdy (see further details below).  Additional bursaries in the amount of $4,000 will also be available. Winning applicants may not reapply in subsequent years.

Criteria: MADD Canada’s Bursary Program is open to Canadian citizens who have themselves been severely injured or who have had a parent (or legal guardian) or sibling killed or severely injured as a result of an impaired driving crash and who are enrolled in a full-time, ministry-approved, post-secondary educational program. Injuries must be catastrophic or severe and have had a significant impact on the applicants’ lives. Proof of injury and relation to impaired driving will be required. 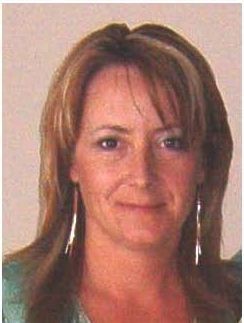 Louise Joanne Twerdy (July 26, 1967 – October 11, 2014) was a compassionate voice for victims/survivors of impaired driving and a powerful leader whose determination was instrumental in legislative changes that improved Canada’s impaired driving laws, police enforcement powers and the judicial system.  She came to MADD Canada after her 16-year old son, Mike, was killed by an impaired driver in 1999.  In the years following Mike’s death, both Louise and her other son, Erik, were injured in separate impaired driving crashes.  In 2000, Louise led the establishment of the MADD St. Paul Chapter in Alberta and in 2001 she was elected National President of MADD Canada.  After her term as President, Louise took on the role of MADD Canada Chapter Services Manager – Western Region.  She supported existing MADD Canada Chapters and Community Leaders, built MADD Canada’s presence in new communities, promoted legislative and enforcement initiatives, and, most importantly, ensured that victims/survivors of impaired driving received the support they needed.  The Louise Joanne Twerdy Leadership Bursary in the amount of $8,000 will be awarded to one student each year who aspires to have the same leadership, dedication and compassion that Louise Twerdy exhibited throughout her lifetime.

Additional bursaries of $4,000 will also be awarded each year.

Deadline to apply: May 31st of each calendar year.