MADD Canada established the Terry Ryan Memorial Award for Excellence in Police Services in memory of Constable Terry Ryan whose life ended tragically in May of 2002 when he was killed in a two-car alcohol-related crash on his way home from a police function in the Durham Region of Ontario. This award recognizes the significant contribution of police services in helping to reduce impaired driving. It is presented annually to recognize exemplary service by a police officer in reducing the incidence of impaired driving.

To be eligible the person must be a police officer with a municipal, provincial or federal police agency, must be nominated by a local MADD Canada chapter, police service agency or police service association and must not have any record of impaired driving charges. Applications must be received no later than the 30th of June, every year. Applications should include a minimum of 2 recommendations. (Recommendations can be received from Police Service, Municipal, Provincial or Federal representatives, Chapters or Community Leaders).

Our thanks to Canadian Artist Rolanda Lara Murphy, Design Axxys, Montreal, Quebec for allowing us to use her beautiful portrait of Cst. Heidi Stevenson.

It is with a heavy heart that MADD Canada bestows this award posthumously to Constable Heidi Stevenson of the RCMP, Cole Harbour Detachment, Nova Scotia.

Constable Stevenson was killed in the line of duty on April 19, 2020 as she tried to protect the public from a man who had killed many others in the Portapique, Nova Scotia massacre. She volunteered to leave her area and face that danger in an attempt to locate and stop this man.

Constable Stevenson strived to improve her traffic enforcement capabilities by seeking out additional training, including one of the most difficult courses in policing – the Drug Recognition Evaluator Program. Constable Stevenson shared her knowledge with other officers, and was also selected as one of just a few to become an instructor on Evidentiary Breath Training, Standardized Field Sobriety Testing and Drug Recognition.

She had a genuine passion for keeping her community and the public safe, and she truly recognized how impaired driving enforcement contributed to that goal. 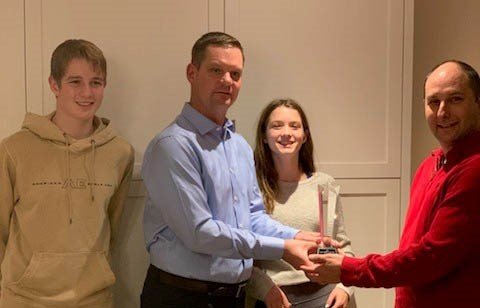