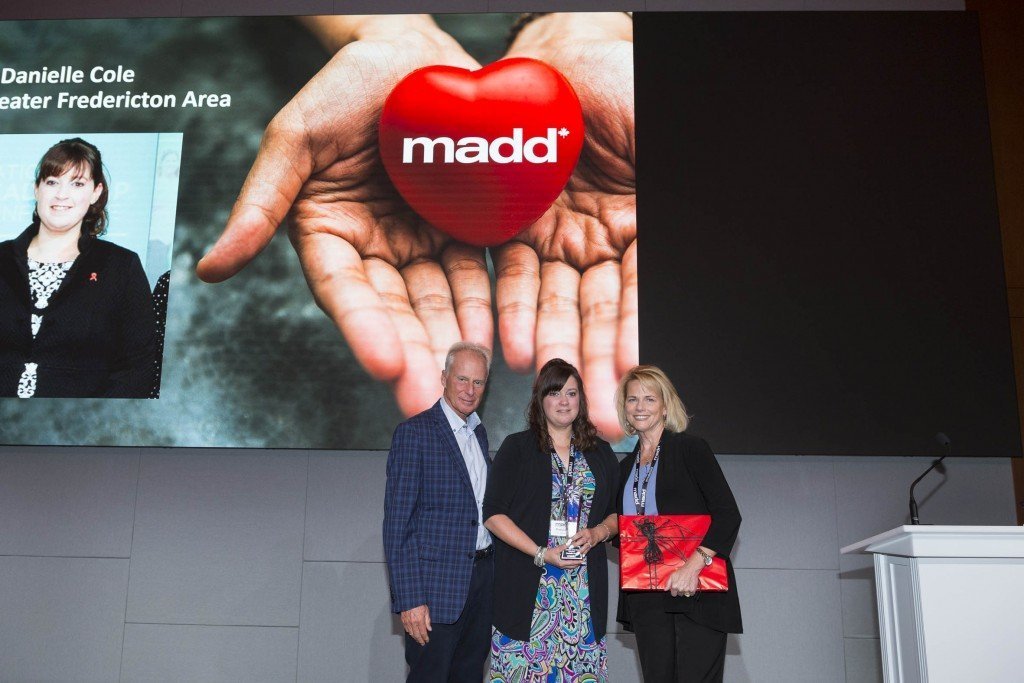 MADD Canada recognizes the outstanding contributions of its volunteers with National and Regional Awards presented at the Annual National Leadership Conference each September.

The Victim Services Award goes to individuals within MADD Canada who exemplify compassion, dedication, diligence, caring, empathy and respect for those who have suffered a loss due to an impaired driving crash.

Volunteer of the Year Award

The Volunteer of the Year Award recognizes outstanding volunteer contributions.

The Terry Ryan Memorial Award for Excellence in Police Services recognizes the significant contribution of police services in helping to reduce impaired driving.

The Citizen of Distinction Award for long-term service is presented to individuals, groups or organizations that have made a major contribution to the anti-impaired driving movement in Canada.

Fundraiser of the Year Award

The Fundraiser of the Year Award recognizes individuals or Chapters within MADD Canada who demonstrate outstanding fundraising leadership.